Instead of using the Import Dataset button in RStudio as we have been doing so far, we will write R codes in our .R script to do the data importing.

The advantage of importing your data via your .R script is that you can re-import your dataset and re-run your script in one smooth operation so as to generate a clean output.

Here are the steps:

i) Click the Import Dataset button and choose From Text (readr)….

ii) Then select the dataset that you are going to use BUT DO NOT click the IMPORT button at the bottom of the screen yet. 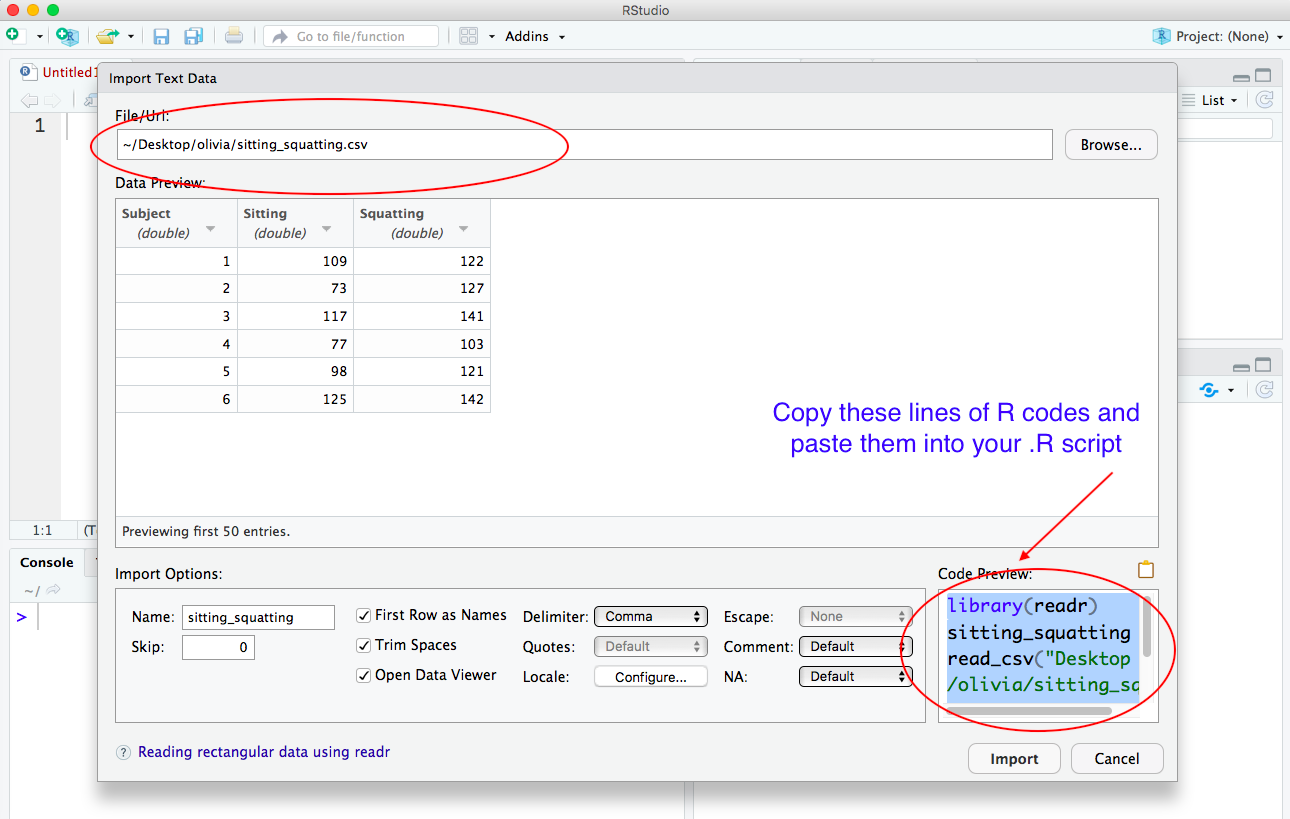 Here is what your .R script should look like after you paste the lines of R code and save your script: 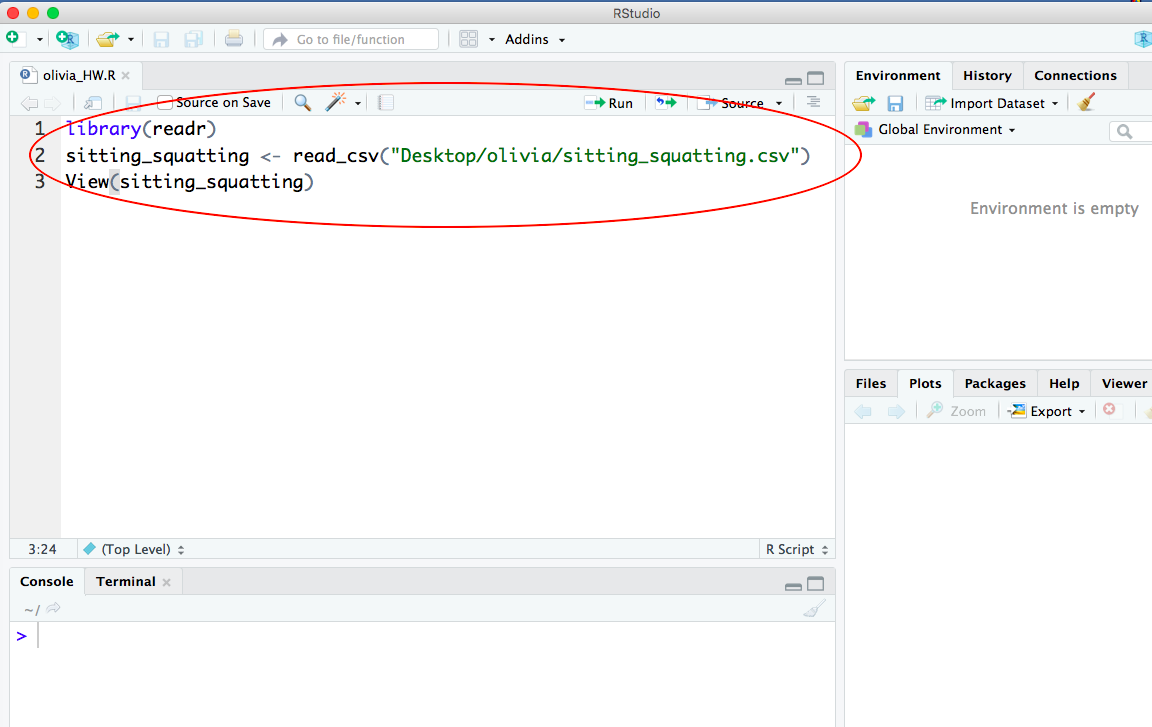