Planets are large sphere of material that orbit the Sun. Some planets are primarily rocky in composition. Others are primary liquid or gas. There are eight planets in our solar system:

The first four planets are known as terrestrial planets. They are Earth-like in that they are primarily composed of rock.

The later four are known as Jovian planets, because they are similar to Jupiter (Jove). They are more voluminous than terrestrial planets. However, most of that volume comprises liquids and gasses. 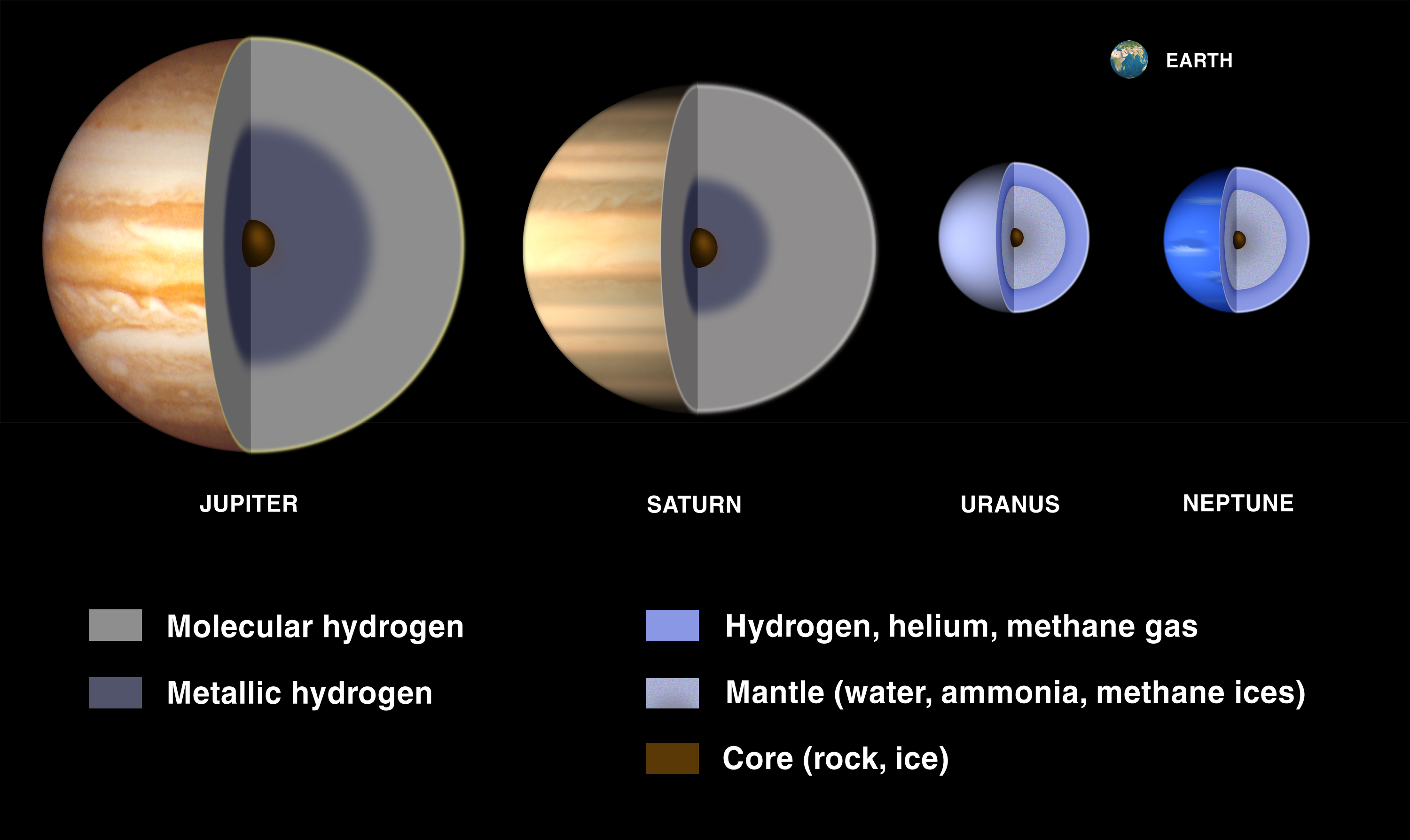 There are also several large minor planets such as Pluto.