Stars are large, hot balls of gas that engage in sustained nuclear fusion. What makes them different from planets is that they have sufficient mass, so that gravitational contraction generates enough heat for the star to undergo nuclear fusion. Although the smallest visible stars are not much larger than the Earth, they all have much more mass than the Earth or even the large, gaseous planet Jupiter. 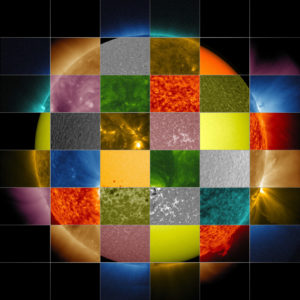 The Sun at the center of the Solar System is a star. It is a medium-mass and medium-size star. Some stars are much larger and massive than the Sun.

Stars have lifecycles. The exact cycle will depend on the initial mass of the star. Generally, the smaller the star, the slower and “cooler” it will burn. Low mass stars are often called red dwarfs, because they are small, reddish and relatively dim. They can live in a stable mode for many billions of years. Somewhat more massive are stars such as the Sun. They might live in a stable mode for about 10 billion years. The most massive stars become blue giants and might only be stable for about 10,000 years.